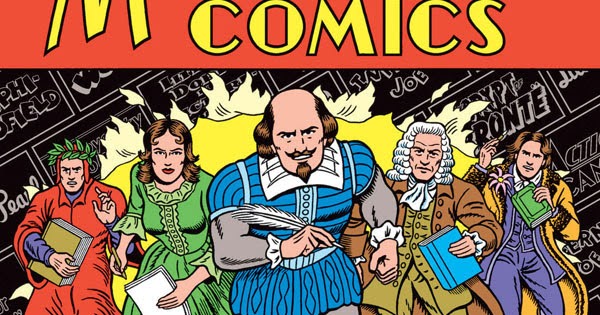 Summary: Twelve classics of world literature are illustrated in the style of a well-known comic book or comic strip. For example, what if Charles Schulz told the story of Kafka’s Metamorphosis in nine comic strips? The result would be “Good ol’ Gregor Brown.” On pages that resemble comic book “letters to the editor” columns, the artist spells out what each classic has in common with its comic. For example, Ziggy is appropriate for the adaptation of Voltaire’s Candide, as their title characters both express unrealistic optimism.

Cautionary Instructions: Some of the adaptations are disturbing in the exact way as the classics they are summarizing. For example, The Scarlet Letter and Crime & Punishment address the outcomes of adultery and murder, respectively. The adaptation of the Gan Eden story in the style of the Blondie comic strip (“Blond Eve”) includes cartoon rendered nudity, before the part of the story with the fig leaves.

Why this is the BEST: The draftsmanship is painstakingly accurate. For example, the adaptation of Marlowe’s Doctor Faustus (“Mephistofield”) isn’t just reminiscent of Jim Davis’s comic strip Garfield; it looks exactly as if Jim Davis did it himself. If any living artist is worthy of the title “virtuoso,” it is Sikoryak. The crossover of classics and cartoons carries an important message. Typically, literary criticism is limited to “serious” literature. In contrast, pop culture is widely consumed but rarely analyzed. Not only does Masterpiece Comics take seriously both high and low culture, it even uses the latter to shed light on the former.

This is the fourth installment in TraditionOnline’s “The BEST” column, exploring exemplars of the best culture has to offer thinking religious people—click here for the column introduction.

The BEST: Liberalism and the Limits of Justice

The BEST: The Protestant Work Ethic and the Spirit of Capitalism

The BEST: On Liberty

The BEST: The Lion and the Unicorn