The BEST: The Lion and the Unicorn

Summary: Famous for his social satires and dystopian novels, George Orwell’s insightful writing made him one of the leading social commentators of his time. In “The Lion and the Unicorn: Socialism and the English Genius,” first published in 1941, Orwell analyzes British identity and culture during the Second World War. Terrified by the idea of totalitarianism, he said that in order to win the war and defeat the Nazis, a socialist revolution was necessary. He derided the class system in England, referring to the nation as “the most class-ridden country under the sun.” Orwell differentiates between fascism and socialism, describing fascism as focused on human inequity, and socialism as believing in human equality.

Despite his deep concerns about the state of England’s identity, Orwell concludes on a hopeful note by saying, “By revolution we become more ourselves, not less… Nothing ever stands still. We must add to our heritage or lose it, we must grow greater or grow less, we must go forward or backward. I believe in England, and I believe that we shall go forward.” 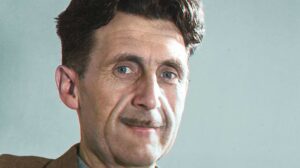 Why this is The BEST: Opining on nationalism, Orwell describes its purpose as securing power and prestige for one’s country. In contrast, patriotism is “the devotion to a particular place and a particular way of life, which one believes to be the best in the world but has no wish to force on other people” (“Notes on Nationalism”). This distinction should be particularly interesting for religious readers who are considering what it means to build civil societies and moral communities. Patriotism is integral to a civil society, and democracy flourishes only when such a society is strong; in contrast, free society dies when people seek power through nativist populism.

Orwell’s explanation that liberty means “the right to tell people what they do not want to hear” reflected his belief that disagreements allow room for truth to arise, and that people learn new ideas from listening to other perspectives. Exposure to alternative viewpoints does not make us less patriotic; it makes us more so. It reminds us to improve ourselves and our national collective identity, our patriotism.

In the opening of “The Lion and The Unicorn,” Orwell says about England: “And above all, it is your civilization, it is you… Good or evil, it is yours, you belong to it, and this side of the grave you will never get away from the marks that it has given you.” Orwell reflects on his national identity, and he spurs us to pause and reflect on our own, considering who has power, what role we play in building our collective identity, how our culture imprints upon us, and how we impact it.

Orwell challenges the British to consider what they have in common, and we, no matter where we live, must ask ourselves the same question: What binds us together as a nation? Are we a collection of individuals randomly living in the same place, or is there a common thread that connects us? These questions become even more acute in our hyper-polarized society today.

Our shared history, mission, and destiny binds us together. This has always been true for us as members of the Jewish people. We are so fortunate that this is true for us as Jews living in Western societies. We appreciate the principles of freedom, liberty, and tolerance upon which our countries formed. As new immigrants arrive upon our shores, we remember that many of our grandparents were themselves immigrants who embraced this common identity.

Our challenge today is to continue building bridges between different segments of society who feel more and more distant from one another in order to connect to our shared history and come together around our shared destiny. This presents a unique challenge and opportunity for Jews in Western society today. (In Israel these challenges exist as well, albeit in far more complex ways.) We need to maintain our special bonds to our own Jewish communities, while also understanding that in so many ways, our destinies with all members of society are intertwined.

Click here to read about “The BEST” and to see the index of all columns in this series.

The BEST: Liberalism and the Limits of Justice

The BEST: The Protestant Work Ethic and the Spirit of Capitalism

The BEST: On Liberty