The BEST: Language, Truth and Logic 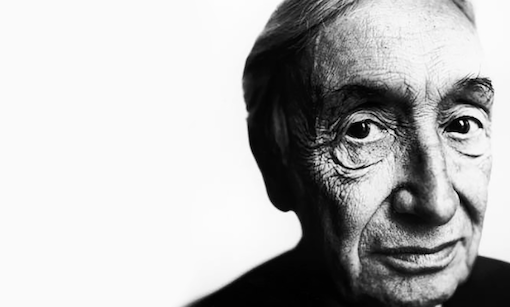 Summary: Language, Truth and Logic, written in 1935 when the British philosopher Alfred Jules Ayer was a mere twenty-four years old, instantly propelled its author into the philosophical firmament, and became the “manifesto” of logical positivism (during its short-lived heyday). It was an iconoclastic work that razed traditional metaphysics to the ground through its introduction of the verification principle of meaning. The key idea, built on the foundations of classical empiricism, was that there are only two types of meaningful proposition. On the one hand, we have the a priori propositions of logic and pure mathematics, stating relations between concepts which are true by definition; on the other, we have propositions purporting to state empirical matters of fact. Our beliefs about the latter, Ayer tells us, are empirical hypotheses that are meaningful only if there is some possible sense experience relevant to determining whether they are true or false (or “verifying” them, hence the so-called verification principle). So, for example, “the moon is made of cheese” is meaningful (albeit false) since we know of a sense experience relevant to its truth or falsity (going to the moon and trying to take a bite). The upshot of this, however, is that since there is no sense experience that could be relevant to determining the truth or otherwise of traditional metaphysical disputes, and more importantly of any statements in ethics or theology, all such discourses become meaningless; not false, even, but expressions without literal signification  that could be assessed for truth at all, like a sigh. Ayer did give us the theory that became known as “emotivism” whereby ethical statements can be construed as expressions of emotion, like “hurray” and “boo.” No quarter was given, however, on the theological front.

Why this is The BEST: Language, Truth and Logic, was most certainly not identified by R. Jonathan Sacks as “The BEST”; in fact much of it was later repudiated by its own author!. It is of some consequence that in 1976, responding to Bryan Magee’s question: “What do you now, in retrospect, think were the main shortcomings of the movement,” Ayer, who clearly had a wicked sense of humor, responds (to ensuing hilarity), “Well I suppose the main defect is that nearly of all it was false.” It remains, however, a beautifully written work – would that all works of philosophy were written so lucidly, not to mention with such brevity.

Assuming that nothing much had changed in the intervening decades in Cambridge philosophy, R. Sacks, much like I had, would have read (and written essays about) Language, Truth and Logic as an undergraduate. While Ayer’s own concessions regarding the verification principle offered believers a path out of his theological cul de sac, in the aforementioned interview Ayer maintains that his approach to ethics was “still on the right lines.” For R. Sacks, this is the point that would have called out most urgently for a response, that is, “Ayer’s dismissal in a mere twenty pages … of the whole of ethics, aesthetics and religious belief as ‘meaningless’” (The Politics of Hope, 180). The philosophical challenge thus laid down, R. Sacks went to work on combatting the destructive consequences of logical positivism for ethical and religious discourse by devoting much of his writing to combatting its ills and – whether with knowledge of the above concessions or not – those of emotivism in particular.

Of the many problems with emotivism – which understands, say, “killing the innocent is wrong,” as “killing the innocent; Boo!” – the gap it opens up between moral assertions on the one hand and reasoned argument on the other was the most egregious. As R. Sacks writes in The Politics of Hope, “if moral arguments are no more than the clash of rival emotions, then the loudest, most intensely felt and forcibly expressed voice wins – not by convincing its opponents, since that is by definition ruled out, but merely by silencing them” (31). This is a quotation that is startling in its relevance as I write it today on January 7, 2021. While space does not permit a full presentation of R. Sacks’ response, you will find an excellent summary in the contribution to this series on Alasdair MacIntyre’s After Virtue by my friend and colleague Michael Harris. But in brief, for R. Sacks it is only by locating ourselves within collective structures such as religious traditions, indeed especially religious traditions, that we find the social meanings which give us reasons to pursue one project over another, thus restoring the link between ethics and reason that Ayer’s legacy had put asunder. And it is no small part of Rabbi Sacks’ legacy that he cared to read and respond to challenges such as Ayer’s rather than ignore them.

Daniel Rynhold is Dean and Professor of Jewish Philosophy of the Bernard Revel Graduate School of Jewish Studies, Yeshiva University.

The BEST: A Secular Age

The BEST: Democracy in America

The BEST: The Body Keeps the Score